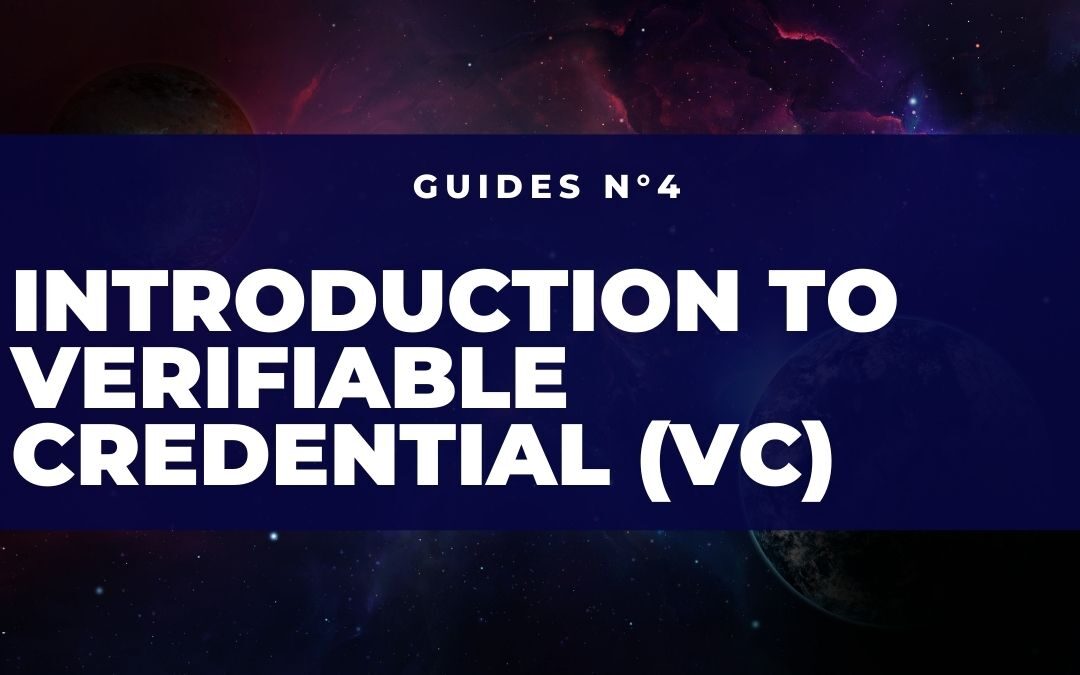 In the last few guides, we have discussed about several topics: from digital identity models, to the emergence of Self  Sovereign Identity (SSI), and one of the first pillars, DIDs.

As already addressed, the concept of Self Sovereign Identity is based on three main “pillars”:

This guide has the objective of analysing and explaining the second of the three pillars, namely Verifiable Credentials.

The English term should not scare us: the concept behind Verifiable Credentials is understandable to everyone, and certainly one of the great innovations in current models of digital identity and certification.

Verifiable Credentials are a way of representing the attributes that we all associate with our identity. In general, attributes can be of any kind: a health certificate, for example, certifying whether or not I have a disease, or even simply a certificate issued by any body!

Think of the “physical” credentials we all hold and use today: our ID card, our driving licence, our birth certificate, rather than our degree hanging on the wall. We are all used to holding these credentials in a physical way: in our wallet, rather than in a drawer. When we are asked for them (e.g. a passport at the airport), we can present them, and the person reading them can verify their veracity (e.g. by checking that the passport has been issued by a competent authority).

They are thus a way of representing certificates that we are used to knowing as ‘physical’ in a totally digital way.

Verifiable Credentials can be held directly within one’s smartphones, and can be displayed for verification, recreating the ‘physical’ model within the digital world.

In this way, through Verifiable Credentials, citizens and users are able to interact with the digital world: it is also possible to create a decentralised system of trust within a world where, until now, digital data has never really been able to come into the total possession of users.

Verifiable Credentials: the workflow and actors

The scheme followed for issuing and managing Verifiable Credentials allows users to be completely independent in managing them: this enables the self-sovereignty of data held by citizens.

This enables the self-sovereignty of the data held by citizens. They therefore fall entirely within the components that enable Self-Sovereign Identity. An example workflow describing the issuance and management of Verifiable Credentials is as follows:

Within the scheme shown above, as can be seen, there are mainly three roles in issuing, managing and exchanging Verifiable Credentials:

Let’s now try to imagine the scheme from the perspective of real use.

A credential that most of us use on a daily basis (holding and displaying it) is the driving licence.

Assuming that the issuance of licences can be carried out by issuing Verifiable Credentials, the workflow of the solution could be as follows:

Following the workflow shown above, in this case the functioning of the system could be as follows:

In the example shown above, the citizen was able to show his own attribute to a Verifier, in a totally privacy preserving manner.

An example? A citizen who is stopped by a policeman is potentially able to prove to the verifier that he has a driver’s licence without even showing his name. This is due to the cryptographic properties of the Verifiable Credential.

What does the future hold?

The topic of Verifiable Credential will be covered at length in our blog including guides that aim to explain in more technical terms how they work and how they are composed.

Surely Verifiable Credentials are one of the biggest recent innovations in digital identity, and are a way through which it is possible to enable even greater self-sovereignty over user data.

The concept of Verifiable Credentials is currently being standardised by a Working Group led by the W3C, one of the most important entities in the digital world. The work on Verifiable Credentials can be viewed at this link https://www.w3.org/TR/vc-data-model/, while we wait for them to finally become part of our everyday lives, where our diplomas, driving licences and other digital credentials will finally be in our complete possession.