The Role of Blockchain in Self Sovereign Identity 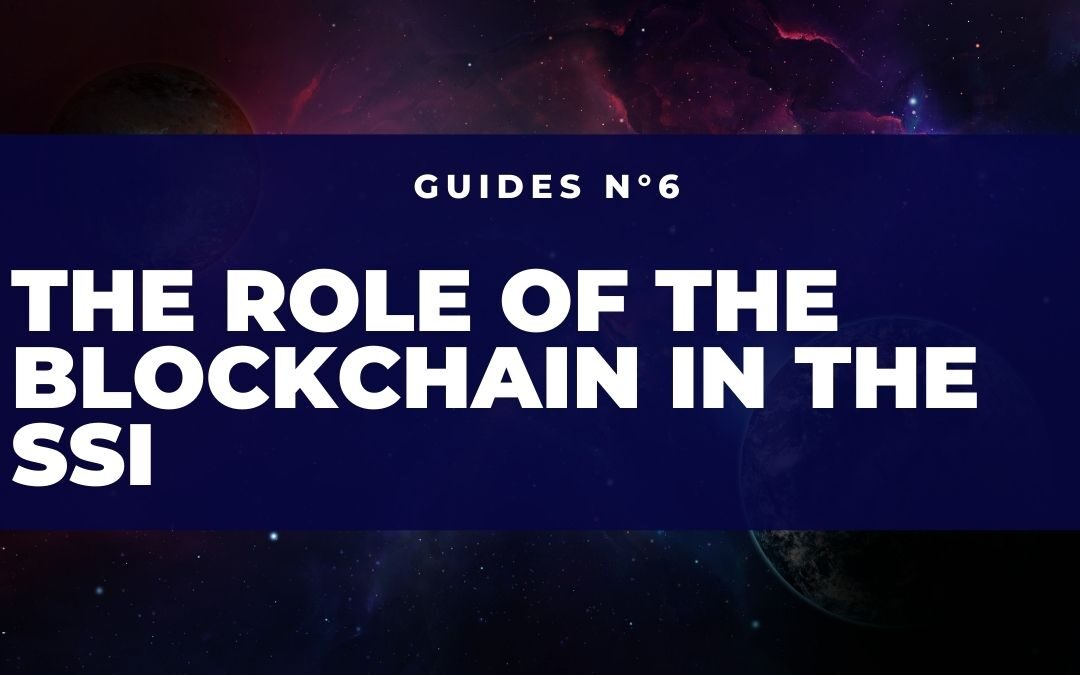 The word ‘Blockchain’ emerged only a few years ago, following the birth of what was to become one of the most important financial and technological phenomena of the last decade: Bitcoin.

Bitcoin is nothing more than a new form of digital currency, but one that is fundamentally different from the forms of electronic money (e-money) seen up until then. The strength and idea behind Bitcoin is to become a real ‘substitute’ for cash, but in digital form. This is how, at least, Satoshi Nakamoto, Bitcoin’s anonymous inventor, describes his creation: ‘Bitcoin: a peer-to-peer electronic cash system’ in a whitepaper published on a mailing list of cypherpunk, a group of computer scientists whose idea was that cryptography could restore privacy and dignity to mankind.

Bitcoin was born in 2009, on 3 January to be precise, when the first bitcoin was issued on its own blockchain. Yes, because the paradigm that lies ‘behind’ Bitcoin is that of a new technology, offering a distributed system between the different players in the Bitcoin network where all transactions in the system can be validated, recorded and held by all participants in the network.

Prior to Bitcoin, there were several experiments through which an attempt was made to create a digital substitute for cash. Only with the invention and spread of the idea of ‘Blockchain’ was it possible to actually do so.

From Bitcoin to the Blockchain

And it is precisely from the example of Bitcoin that one can begin to understand that the Blockchain is ‘something’ that allows for ‘trust’ in a distributed context where not all actors know each other.

Indeed, without the cryptographic properties that distinguish the Blockchain, it could be thought of simply as an alternative, or a special kind of ‘Distributed Database’. In the context of Bitcoin, the Blockchain is used just as a special database made of ‘blocks’, in which all transactions taking place within the Bitcoin network are recorded in an immutable form (which cannot be changed).

The immutability of the ‘blockchain’ (i.e. the Blockchain itself) is ensured by the mechanisms that lie within the logic of the Bitcoin protocol, with a capital B. Adding a block to the network is a very complex operation (it is done through so-called ‘mining’, which allows to reach a distributed consensus by proving that one has done ‘computational work’).

The subject is very complex, and will be dealt with in more detail in future guides. In general, however, we can imagine a Blockchain as a write-only database. What is written inside are cryptocurrency transactions.

Another small but important feature: a Blockchain like Bitcoin’s is public. This means that not only is the transaction data that is contained within the database immutable, but it is also accessible to anyone who wishes to connect to the network and view the Blockchain.

Below is a ‘view’ of the Bitcoin Blockchain, specifically a transaction between two parties (which are ‘anonymised’ through the use of identifying alphanumeric strings):

Introduction to the Blockchain

As seen in previous chapters, the first application of a Blockchain technology is actually Bitcoin, one of the most important revolutions in the digital world in recent years.

Bitcoin is an open-source project, which means that anyone is able to ‘observe’ what is happening in the technology, potentially replicating it for a different use.

And it is precisely from the idea of ‘replication’ that over time Blockchains other than Bitcoin were born, and usable for different use cases, including Ethereum, Litecoin, Cosmos, Hyperledger, etc.

In general, a Blockchain can not only be used for monetary transactions, but its characteristics of openness, decentralisation and immutability can be very useful to enable different use cases that are not only related to Bitcoin.

The best known use cases in the context of using a Blockchain can be, for example, the following:

Self Sovereign Identity and Blockchain

Blockchain technology is the missing piece that allows Self Sovereign Identity to become a reality.

In the context of SSI, Blockchain technology solves several problems that have plagued the world of digital identities to date.

Thanks to the combination of the use of asymmetric cryptography and distributed networks such as a Blockchain, it is possible for the user to autonomously generate an identifier (DID) that he can prove he possesses (along with all the attributes associated with that DID). The Blockchain thus becomes a fundamental component where the DIDs belonging to users can be tracked. They are no longer in the form of identifiers within a centralised database, but can be identified above a public, immutable and transparent network.

Each individual owns their credentials in a ‘separate’ form from the Blockchain, simply within their wallet. The open network that is the Blockchain in the SSI environment can be useful for managing revocations of such credentials. The centralised revocation lists (lists where all revoked credentials are recorded) remain closed to most people. For this reason, it is not possible to be truly Self-Sovereign (completely sovereign of one’s identity), and it is therefore necessary to open these revocation lists, which serve to check the validity of a credential.

In this respect, the Blockchain is a perfect combination of openness and transparency, where Verifiers are able to independently verify on such a distributed network the validity (or non-validity) of a credential. For these reasons, the use of a network such as the Blockchain can certainly be an enabler of Self Sovereign Identity.