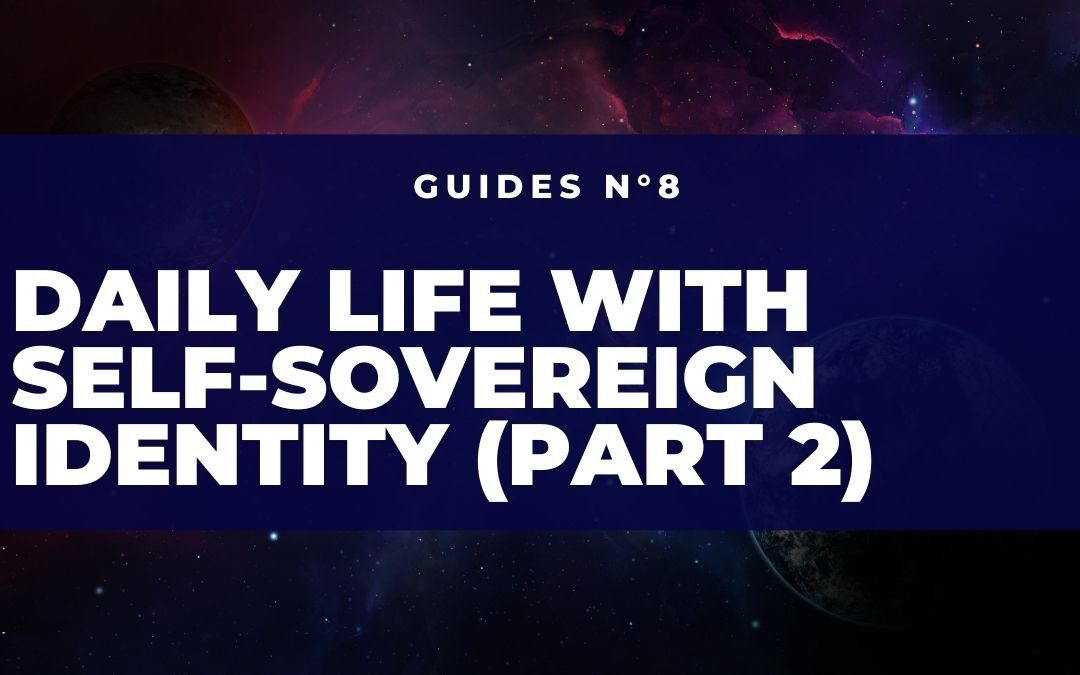 Here we are at the second part of the guide on examples in everyday life with Self Sovereign Identity. If you missed the first part, here is the link. Following on from the first guide, this second part aims to demonstrate and show how SSI and Verifiable Credentials can be used in everyday life.

Alice and the Medical Prescription

This scenario shows how Self Sovereign Identity can help to digitise what is currently done in the physical world with paper, pen and trust.

The protagonist of our scenario is Alice, an Italian girl who has not yet taken a step into the world of Self Sovereign Identity. In a few simple steps she will be able to use this new technology for an everyday need: medical prescriptions.

Unfortunately, Alice has not been feeling well for a few days and needs to visit a doctor for a prescription.

The example shown has been imagined within a world where all actors have access to the SSI ecosystem. In reality, the SSI adoption process will certainly be more tortuous and complex. In any case, we have demonstrated how this paradigm can be used to keep our personal data safer even in the context of our everyday lives.

Alice was able to carry out actions that today involve several centralised intermediaries managing Alice’s data, without having to involve them, and being the sole owner of its data: from the identity certificate to the prescription. Alice entered the SSI world and from now on has complete autonomy with respect to its own data. This is a feature that is completely missing in current identity models. The SSI is also versatile: the same paradigm can be used to manage heterogeneous data, issued by different entities, but all under the control of a single person.

Self Sovereign Identity is certainly one of the most important technological revolutions taking place in the world of digital identity. For this reason, it is important to understand that this is not just a subject ‘for technicians’, but a concept that we will all be able to use in any of our daily situations.